In another dream, an emotional symbolic dream, I had checked in some baggage and was about to board a plane. Something interupted it and I missed the plane and felt the items in the baggage fly away. I woke up feeling a longing to get rid of unneccessary possessions. It was such a relief to feel the suitcase fly away and reduce my belongings. 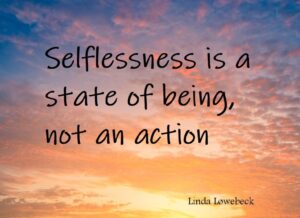 Physically I have not had sugar cravings during the seven days since the transition. Instead there is a craving for fresh raw colourful food. It doesn’t matter what type of food, as long as it is fresh, as opposed to processed food. Muscle tensions around the jaw has released, confirming the organic configuration. When I smile, I can feel the muscles up to my cheeckbones, literally smiling from ear to ear.

Internally it’s very quiet and external quietness is thoroughly my preference.
The absence of sound is so stimulating. Silence feels revitalizing. SeekerLinda has throughout her life been restless and lived an intense life. Now restfulness has settled in and nothing feels urgent. There is an immense peace within. The ambitious energy has subsided and replaced by peaceful, direct inspiration. A different modus operandi has taken over. No need to tell myself to relax. Relaxation is the natural state in which inspired action arises from.

So what motivated me to spend 20 years of my life to find this peaceful restingplace? I have always admired people who seemed to rest in themselves, and their actions in alignment with their core being. I could feel my core, but kept being drawn towards different experiences, which led away from my core. If only I would no longer have parts within me which led me away from my core, then I would be happy and live a coherent life. Coherent internally, thus coherent externally. It would relieve me from a lot of internal stress and tiresome changes in the external. The nature of liberation seemed to be the answer, thus at 16 years old in the year of 2000, I chose to embark on the quests for liberation.

The coherent self I have seen in some people stems from a personality with very few fragments / traumas, and it is not the same as the inner peace which liberation leads to. However coherent / few fragments a personality contains, that personality needs to vaporize to give space for transitioning so the unversal consciousness can act through this body without resistance. Initially my aim was to heal and integrate fragments of my personality to a coherent self. If I managed to transition, that would be an unfathomable bonus. Over the 20 years of gradual ripening, there was eventually very little personality structure left, so at last I surrended what was left to the universe. Requesting that the Universe should do whatever it took to transition. In that moment the pulverization of Linda happened.

Over the years I had pondered if I would speak about it, if I ever attained the transition. My ego was worried how people would react. Maybe it would be better not mention it, avoid peoples array of reactions, and just enjoy the peaceful state of being. But the 20 year long journey has led me through countless of passages, pitfalls and AHAs. It would be a disservice to the world not to share it.

So this quest came from a deep longing to feel restful and coherent everyday and in every action. It is not an ego that seeks to be special or better than others. It was an ego seeking self-integration and healing. Attaining liberation makes people question many things about that person, and would I really want to be the subject of such questions? No. I have an introvert nature, and always felt uneasy and awkward when recieving attention. This might come as a surprice for people who have known me over the years. Ironically this life has been full of attention and I always felt deeply insecure and awkward when being the center of attention. In the spiritual seeker years, I was afraid that if I actually attained liberation, the uneasiness and awkwardness would increase due to peoples attention. Now I see that the one who felt uneasy and awkward is gone, which is the very irony of seeking and finding. The introvertedness has increased as a result of the inner silence.

Liberation can happen sudden or gradually. Gradual liberation is the more common and whether it happens suddenly, or gradual over many years or many lifetimes, it is worth it.