After an afternoon nap on the sofa, I sat up and relaxed for a moment. From behind, the Absolute suddenly grabbed me. Like a cloth thrown over my head from behind. Instantly the “I” was gone. Don’t know how long this body sat there, but it was still daylight when my formed consciousness returned. In the vast static “soup” there was infinite static emptiness, full of potential. I was gone. 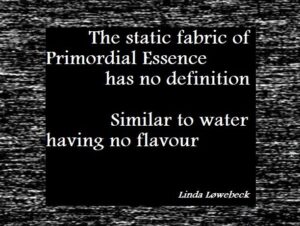 I had no body, no mind, no identity. Nobody there to experience it. This silent static soup of emptiness wiped out my left brain hemisphere. This became apparent as my consciousness returned. I no longer knew how to use anything. Everything was foreign, as seeing for the first time. My brain felt demented or infantile. Don’t know how I managed to feed myself and take care of my body.

This state of infantile perception of physicality lasted for ten weeks. The brain had re-configurated to the change and my brain started to function again. REBOOT!

I was guided to understand what had happened. Kundalini had pierced through my left brain hemisphere and it had caused an imbalance. Ideally the wipeout should happen in both brain hemisphere simultaneously, in order to attain liberation from the holographic mind. It did not happen like that. Due to this partly wipeout, I spend the next six month in and out of the holographic reality. What was needed was kundalini to pierce through the right brain hemisphere, so my meditations was aimed at that. It took eight months, but eventually it happened and holographic Linda got pulverized. Finally!!